In late December 2019 a one-hour feature titled “Remembering Eric McGuire” was released on wvmetronews.com and a slew of Podcast platforms like Google Podcasts, iTunes, Spotify, iHeartRadio and Spreaker.

The feature explored McGuire’s career, which was cut short due to health concerns in February of 2011. Although many believed McGuire had passed, social promotion for the feature quickly went viral and thousands learned that not only was McGuire alive, but he and longtime co-host Kevin Connoley were working on a new project together.

The Eric and Kevin show is a half hour to an hour of new content each week. Each installment will is available for consumption at the listener’s convenience and can be downloaded or streamed (free) through websites like wvmetronews.com and wvaq.com. For those that are more acclimated to the Podcast world, users can access the content on a variety of Platforms like Deezer, Podchaser, iTunes, Google Podcasts, Spotify and many more.

If you would like to contact Eric and Kevin, you can leave messages for them at 304-584-SHOW (7469). As a warning, they will likely play that message on a future installment of The Eric and Kevin Show. 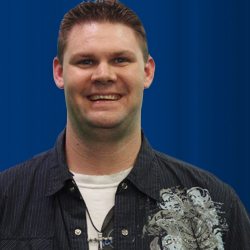